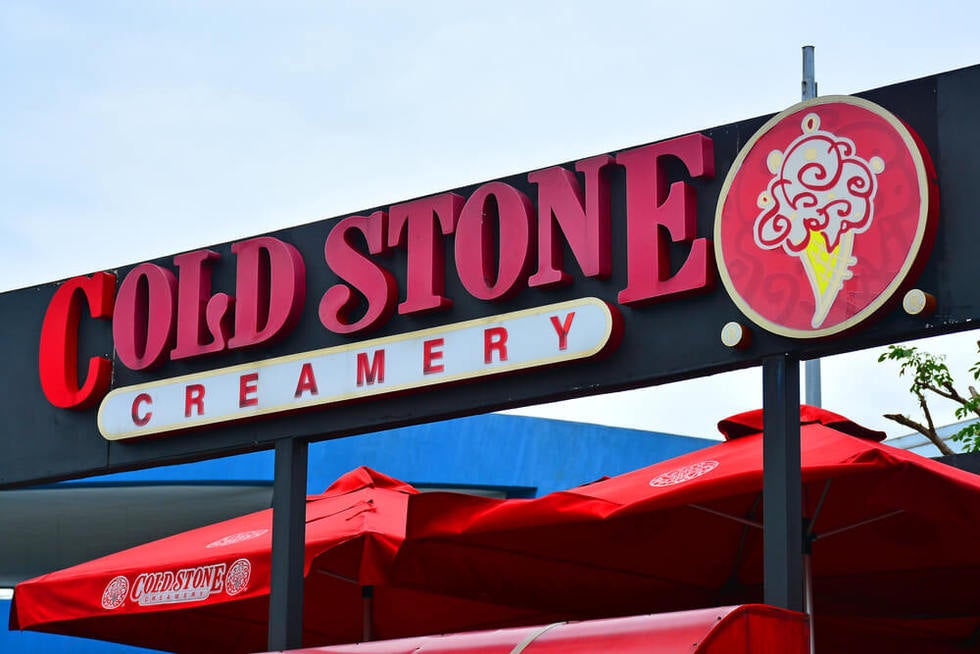 Cold Stone Creamery workers and community allies recently held a car rally outside the company's store in Lake Balboa demanding restoration of unpaid wages. According to a news report in the San Gabriel Valley Tribune, employees said the company violated the Los Angeles minimum wage law by not paying workers the legally mandated minimum wage for months. Three employees allege they were removed from work schedules when they questioned these pay discrepancies leaving them without work during the coronavirus pandemic.

Demand for Back Wages

One worker told the news outlet that he is not even sure if he still has a job. He says he used to work five to six hours a day, six days a week, and was dropped to four hours a day, two days a week, before he was taken off the schedule. The workers delivered a letter to the Lake Balboa store's management demanding that Cold Stone implement the full minimum wage for all workers and pay the back wages that are owed. They are also asking that their jobs be restored.

The Los Angeles County Department of Consumer and Business Affairs disclosed that an investigation into three restaurant companies has uncovered similar minimum wage violations. The companies that own Tommy's Hamburgers have reportedly agreed to pay nearly $400,000 in back wages and fines for violating the city's minimum wage ordinance.

Wage Theft is a Scourge in California

Wage theft, a term that covers a number of different types of pay violations, occurs with alarming frequency in California. Media reports consistently show that many employers, large and small, frequently shortchange their workers by not paying them the required minimum wage or required overtime, by misclassifying workers, or by making improper deductions. The U.S. Department of Labor estimates that in California, minimum wage violations alone occur about 372,000 times a week.

It is heartbreaking to note that low-income workers, who make up roughly a third of California's workforce, are especially vulnerable and can suffer major financial hardships such as not being able to afford food, rent or utilities, when shortchanged on their pay. Every year, tens of millions of dollars are taken from workers who perform minimum wage jobs such as cleaning restaurants, picking produce, waiting tables, stocking warehouses, etc.

California requires employers to pay a minimum wage of $12 for companies with 25 or fewer employees and $13 for those with 26 or more employees. In both the city of Los Angeles and the county of Los Angeles the minimum wage as of July 1, 2020 is $15. Therefore, under the law, a business located in this area should pay workers a higher amount.

What Actions Can Workers Take?

If your employer fails to pay the appropriate state or local minimum wage, you may be able to sue your employer with the help of a wage and hour lawyer. A successful lawsuit will enable workers to receive back pay owed to them; interest on that amount; attorney's fees; and a penalty, which is intended to punish the employer and deter other employers from committing such violations.

Workers in such cases may also be able to receive additional "liquidated damages" that is equal to the amount of unpaid required minimum wages and interest. What this means is you may be able to recover twice the amount by which your employer underpaid you. Often, such violations are not just against one employee, but an entire group of employees. In such cases, filing an employment class-action lawsuit can be beneficial.

If your employer shortchanged your wages or failed to pay you due wages, it is important that you contact an experienced unpaid wage lawyer at Kingsley & Kingsley for a free and comprehensive initial consultation. We will help you determine whether or not you have a valid claim and fight for your rights every step of the way.

In practice since 1996, the firm's lawyer and co-founder, Eric B. Kingsley, has litigated complex cases and written numerous appeals in state and federal courts on behalf of the California law firm Kingsley & Kingsley, including More than 150 collective actions. Mr. Kingsley focuses his practice ...